This blog is aimed at both people with Diabetes but also for people who have a friend, family member or colleague that has Diabetes.

This covers everything from exactly what a hypo is and why it occurs to the effect that a hypo has on the brain and how hypo unawareness can occur.

This also covers both the commonly listed symptoms of a hypo and also the not so commonly documented ones. How to recognise someone else is having a hypo and how you can help them. How long the body or brain in particular, takes to recover from a hypo and the best treatment options.

So lets start with what Hypoglycaemia, more commonly known as a hypo for short, actually is. Hypoglycemia is when the amount of sugar in your blood drops too low, below 4 mmol/l. Hypos are very common in insulin treated Diabetes, so Type 1. If you have Type 2 Diabetes you may still experience hypos but they are likely to be less frequent and not as severe as somebody who has type 1. It is also possible to have hypoglycemia if you don’t have Diabetes but this is quite rare and is likely to only be minor and will soon right itself when the individual eats.

If you don’t have Diabetes you may have experienced episodes where you start to feel lightheaded and a bit shaky and this is just your body telling you that you need to eat something because your blood sugar is getting low, you have a sugary snack or drink and feel fine. Even if you didn’t eat at this point, in the majority of cases your body would break down stored glycogen and release glucose into the blood, bringing your blood sugars back up to a normal level. This is still similar in someone who has Type 1 Diabetes but it can become much more serious. If there is too much insulin in their system, maybe from a miscalculation when injecting for food or if they have been doing more physical activity than planned, their blood sugar will continue to drop until they have some fast acting glucose.

Some of the most commonly documented hypo symptoms are, hunger, sweating, anxiety, palpitations, shakiness and fatigue. Although these symptoms are unpleasant, its your body’s way of telling you that you need to take action. Other symptoms that you may experience are visual disturbances, confusion, irritability, headache and tingling of the tongue and lips.

If someone is having quite a severe hypo they may not recognise what is happening and they may become quite confused. If you know somebody with Diabetes it may not always be really obvious immediately if they are having a hypo but you may just notice that they are behaving differently or out of character. For example they may become short tempered or a bit snappy or they may appear a bit distant. These could be signs that their blood sugar is actually too low. If this is someone close to you like a family member or close friend it will probably be easier to spot than if it is somebody you just work with or maybe don’t know as well, so if it is someone you aren’t so close too and you think they might be acting differently it might just be a case of observerving them for a little longer and then just asking them if they are ok or if there’s anything that you can get for them.

I’ll be honest with you, it can be a tricky one. Obviously if the hypo is severe then it will become obvious something is very wrong but noticing it in someone before it gets to that point, like I said, can be a bit trickier. So lets say your friend, family member or colleague is having a hypo, here’s what you can do to help them. Chances are they will already have some form of hypo treatment with them but if not you can help by getting them a sugary drink like full sugar coke or lemonade. Make sure its not a diet version or it will do absolutely nothing! If they have glucose tablets with them then they will need to take 5 of these initially.

From my own personal experience, even though it’s not logical, in that moment, when you’re having a hypo, it can feel quite embarrassing, especially if you are at work or not with people that you are particularly close to. So the last thing you want is somebody making a huge fuss and drawing attention to you. So please bear this in mind when you are helping somebody.

Also, this may sound obvious but, never try to give the person anything by mouth if they are not fully conscious as they could choke.

So that’s how you can help someone who is still conscious but severe hypos can lead to seizures and becoming unconscious. If this was to happen you can put them into the recovery position and then administer glucagon via a glucagon injection kit if they have one and you know how to administer it. If you don’t have access to this then you do need to treat a severe hypo as a medical emergency and call for an ambulance. Make sure you have a sugary drink at the ready in case they come around in the meantime.

So that’s what a hypo is, the symptoms of a hypo and how you can help if you think someone you know may be having one.

I covered the symptoms there and like I said, unpleasant as they are, they serve a purpose, they raise the alarm that you need to take action and reach for a sugary drink. So what happens if you don’t have those warning signs?

Hypo unawareness is a very worrying complication that some people with Diabetes can experience. This basically means that their blood sugar could be dropping seriously low but they have no warning signs of it. There are several things that can cause or trigger hypo unawareness and luckily, sometimes it is only a temporary issue and if you speak to your healthcare team they can give you techniques to try and regain your hypo awareness. For example, if you have a period of time where you have very frequent hypos you may find that your blood sugar is getting much lower than usual before you get any symptoms. In this case some doctors and Diabetes nurses may suggest running your blood sugars slightly higher for a period of time to prevent more hypos and let your body regain its awareness.

When I was pregnant with my son it was actually the first time that I’ve experienced hypo unawareness. To begin with my hypo symptoms just changed which meant I didn’t always recognise it as hypo. So I would just get a really bad headache and start to feel nauseous, having suffered with a lot of nausea in my pregnancy it made it really hard to know when I was hypo. As my pregnancy progressed however I lost even these signs that my blood sugars were dropping. Because of this I was fortunate enough to receive hospital funding for a CGM for the duration of my pregnancy which meant an alarm would go off if my blood sugars were dropping too low. As soon as I had my son my hypo symptoms returned which is great.

Another thing that cause hypos is alcohol. Alcohol can actually be a bit complicated for someone with Diabetes in a number of ways. First of all, as I said it does lower your blood sugar levels, depending how much you drink it can continue to lower your blood sugars for up to 24hrs. So if you have had a big night out…..or in, then you need to monitor your blood sugar levels very closely for the 24 hours and also avoid doing exercise in this time as it could lower them even further. The reason I say it can be complicated is because, for one thing, if you are under the influence of alcohol you are less likely to be so aware of your hypo symptoms. Secondly, a lot of hypo symptoms, for somebody watching you, can be very similar to the symptoms of having too much alcohol. People have actually been arrested for being drunk and disorderly when they are in fact having a hypo. This does not mean that if you have Diabetes you can’t drink or even get drunk on occasion if you want to but make sure you are aware that your blood sugars are likely to drop so keep a close eye on them and its a smart idea never to drink if you haven’t eaten.

So you might be wondering what actually causes these strange symptoms when your blood sugar drops too low. You are basically experiencing loss of energy for brain function. Our brain is actually dependent on sugar as its main source of fuel. Its the most energy demanding organ in the body so its no wonder that when it isn’t getting enough the symptoms are often things like confusion, anxiety and lack of concentration. Sometimes the first sign I have that I’m hypo is, I can be working and then I start struggling to be able to read. A combination of lack of concentration but also getting voids in my vision. So some of the words disappear. Another symptom I nearly always get is an overwhelming urge to finish what I’m doing, no matter how illogical that might be. It could be a simple task that really isn’t important in the grand scheme of things, like hanging the washing out or emptying the dishwasher but I sense my blood sugar dropping but feel like I must finish what I’m doing before I even check my blood sugar. Very strange but I have read that others also experience this. Although you can start to feel better quite quickly after treating a fairly minor hypo, it can actually take around 45 minutes for your brain to fully recover.

So I’ve already explained that if you are having a hypo you need to take some fast acting glucose. It’s advised that you take 15-20g initially, so this could be about 5 dextrose or glucose tablets, again I do struggle with these as when I’m hypo I can’t actually count! Or a small glass of full fat coke or lemonade. You then need to retest in 20 minutes to check that your blood sugar is now above 4, if not you take fast acting glucose again and repeat the process. Once your blood sugar is showing in normal range you then need to eat a slower release form of carbohydrate, approximately 15-20g and try to resist the urge to eat the entire content of your fridge or kitchen cupboard! It can be extremely tempting when you are hypo! 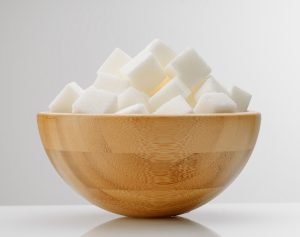